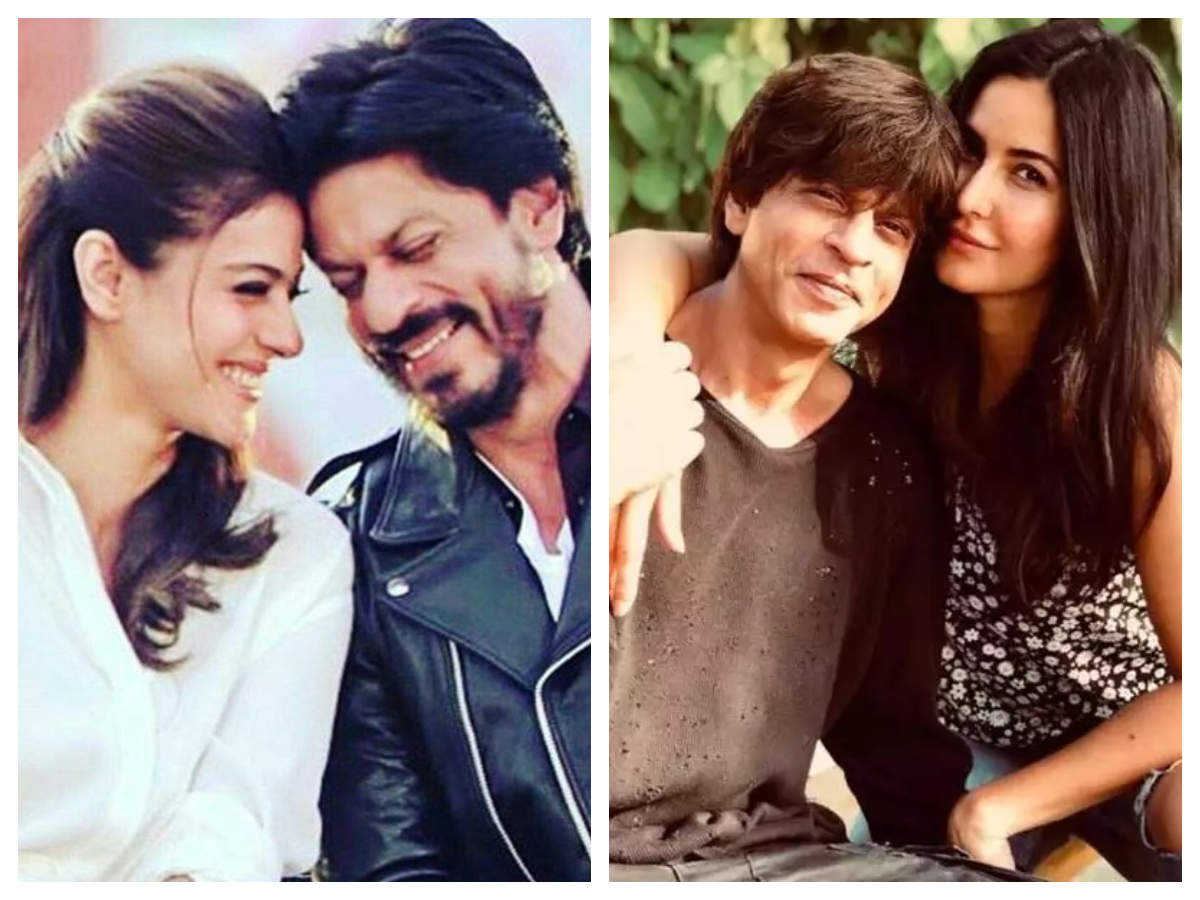 Shah Rukh Khan is known as the King of Romance in Bollywood and rightly so, the superstar has romanced most of the actresses in the industry. All his co-actresses have always had the best of things to say about the Baadshah of Bollywood.

Kajol has been Shah Rukh Khan’s favourite co-star and an old friend. The actors are one of the most loved on-screen couples in Bollywood.

Talking about him, Kajol had reportedly said that her equation with him is old. Although she doesn’t call him every day or go to his house parties, whenever they meet, there is always so much warmth and so much love. She added that they pick up from where they had left. There’s no discomfort or awkwardness.

Kajol also added that people sometimes overlook the fact that he has worked so much to reach where he is. It takes more than just luck to achieve so much.

Katrina Kaif has worked with Shah Rukh Khan in ‘Jab Tak Hai Jaan’ and ‘Zero’. Their on-screen chemistry has been appreciated by the audience and critics alike.

According to Katrina, the one thing that comes across him is that he is one of the most generous co-actors. Not only that, but Katrina also finds him charming, courteous and a thorough gentleman. She also added that SRK cares for his co-star’s performance as much as his own. She also revealed that the superstar knows any topic under the sun.

Anushka Sharma is one of the actresses who made their big Bollywood debut with Shah Rukh Khan. Anushka reportedly revealed that even though ‘Rab Ne Bana Di Jodi’ was her first film, he never once made her feel less experienced.

She also added that he is a selfless actor and a complete team player. He is a gentleman and a great sense of humour. And most of all, Anushka says he smells nice.

Kareena Kapoor Khan has shared screen space with Shah Rukh Khan in films like, ‘Kabhi Khushi Kabhi Gham…’, ‘Asoka’ and ‘Ra. One’. According to the actress, there may be great actors and superstars but there will only be one phenomenon that is Shah Rukh Khan.

She also added that he is the life of any party and that she cannot match his energy level as a co-star. After Saif Ali Khan, he’s the most chivalrous man in the industry. He also drops all his heroines to their cars.

Madhuri Dixit and Shah Rukh Khan have won the hearts of the audience with their crackling chemistry in films like, ‘Koyla’, ‘Dil Toh Pagal Hai’ and others. According to Madhuri, SRK is the only best man in the industry and he’s what they call a gentleman.

Madhuri reportedly said that even today, they share a great rapport. They have a mutual admiration society going and that it is always nice and warm to meet him.

Credit: When B-town divas were all praise for SRK - https://timesofindia.indiatimes.com/entertainment/hindi/bollywood/news/from-kajol-to-katrina-kaif-when-bollywood-actresses-opened-up-about-the-king-of-romance-shah-rukh-khan/photostory/76215321.cms